What happens to a Mercenary when it’s not hired by either player?

If a Mercenary Unit/Hero is not hired, it immediately joins the Bandit Pool and there is no combat that turn.

Can a Mercenary be hired once they have joined the Bandit Pool?

No. Upon joining the Bandit Pool the Mercenary Unit/Hero is no longer able to be hired.

Do Bandits go into the bandit pool if not defeated in Combat?

Yes, When a Bandit survives a combat it is placed into the Bandit pool on full health. 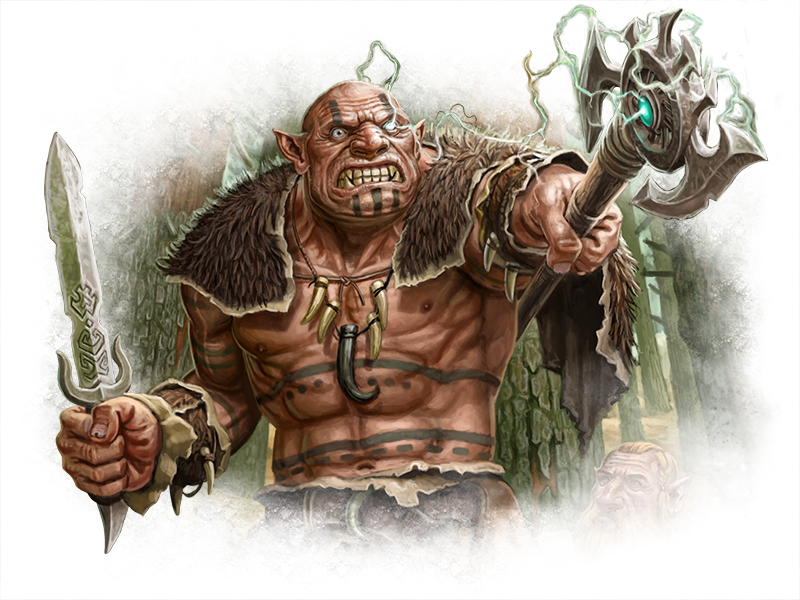 What are Combat Rounds?

Combat is conducted in combat rounds. Each combatant must perform an action in each combat round, unless they are slain or incapacitated. Combat rounds use three phases, in the following order: First Strike, Normal Phase and Attack Last.

Does the player that wins initiative act first in each phase of combat for the entire combat?

Yes, where possible. If, for example, the player that loses initiative is the only player with First Strike combatants, they will act for each of these combatants before the other player may attack. Initiative is only rolled at the beginning of combat and determines who will act first in each phase of combat, where possible, for the entire combat.

Can I put down Items during combat?

No. Item cards must be put down prior to the fate deck card being draw that initiates a combat, unless you have a power such as Late Deployment.

Why do Items have “Combat” written in the card timing field if they cannot be played during combat?

Unlike Spell and Power cards, the timing field on Items is used when that Item has charges. Not all items have charges. Those that do, such as a Magic Missile Scroll, have a timing field to show when they may be used.

Can I immediately put down cards I have collected from a Skirmish or Battle Victory?

What Spells can I use in Combat?

Spells may only be cast if a Spellcaster is participating in the combat and has the appropriate Spell Field. For example, an EM spell that you have in your hand that has "combat" timing may be cast by a combatant that has EM spellcasting ability, as their action.

When can I use a Spell with ‘Cast before Combat’ timing?

The correct timing for ‘Cast before Combat’ Spells is during the Pre-Combat phase, after initative is rolled.

Spells may only be cast if a Spellcaster is participating in the combat and has the appropriate Spell Field as above. 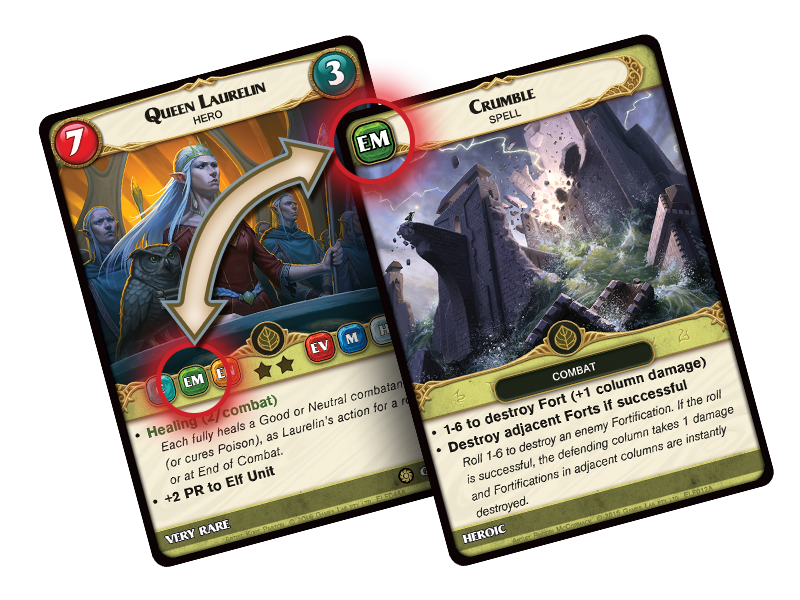 When should I declare that I have Camouflage Ability?

To utilize your Camouflage ability you will need to declare it prior to rolling for initiative. Note that the unit/hero with camouflage must be a combatant, when rolling initiative before combat.

When should Fearful be checked?

Fearful should be checked after initiative. Fearful may be checked anytime up to the first attack roll.

What happens to the unit if Fearful roll is successful?

If a fearful roll is successful the unit with that weakness is discarded to the players graveyard.